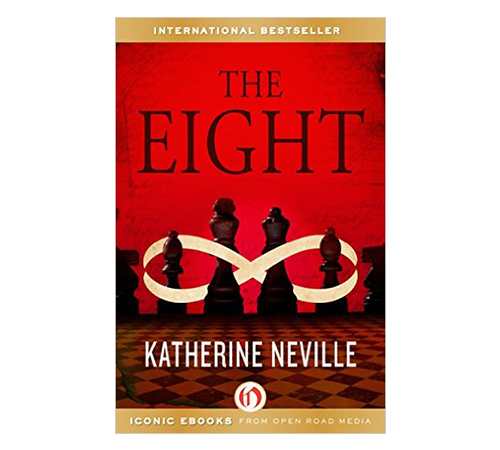 Disclosure: Stacy DeBroff had the opportunity to interview Katherine Neville on the occasion of the electronic release of her books. All opinions are her own.

A jewel-encrusted chess set once owned by Charlemagne. Two young nuns embroiled in the French Revolution. An American computer expert assigned to a high-stakes mission.

More than 25 years ago, these characters and story elements came alive in The Eight, an international, best-selling novel by Katherine Neville that combined the complex world of OPEC with the terror of the French Revolution – all wrapped up in a dazzling chess set once owned by a Medieval king. Neville went onto write several other “quest” novels, including Fire, a sequel to The Eight, The Magic Circle, and A Calculated Risk, but her books have never been available in electronic form – until now.

Today, an entirely new generation of readers can discover these fascinating literary page-turners with the release of the novels as e-books. I’m an avid reader of more than 100 books a year and have become the person my family, friends, and colleagues turn to when they need a book recommendation.

Again and again, I tell them about Neville and The Eight, her smart, riveting, un-put-downable first novel. I first read it back in the late ‘80s right after its release, and it remains one of my very favorite books of all time. I loved hearing that The Eight, and the rest of Neville’s books, can be downloaded quickly and easily, as my original copy of the book proves to be in tatters after nearly 30 years of reading and sharing and re-reading. 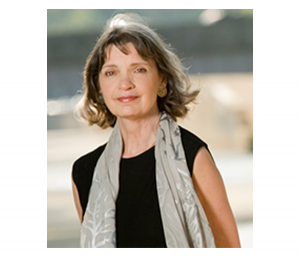 So I was profoundly excited to talk with Katherine Neville about her decision to release the books electronically, what goes into these sweeping, time-spanning novels, and what’s coming next for her – and her readers. Neville told me she waited to issue the books electronically “until there would be a publisher (who could) get it widely distributed, and so people would know about it.” She went on to say that readers discover her books then, “pass them down from generation to generation.”

Over the years, her readers have let her know that sometimes recommendations emanate in unexpected ways. “In Spain, they pass them upwards,” she said. “One boy said, ‘my grandfather is a very educated man; I want to give him a book. What one would be the best? And which one would be best for a boy like me?’”

Taking Millennials and Gen Z Along on the Quest

With a book that travels between 1790 and 1972, with subjects that hit on everything from the French revolution to a priceless relic that possesses an unrelenting power, one might think that The Eight would only appeal to adults. Yet Neville said, “it’s a really good large book for young people,” and, in fact, some of her “first fan letters were from 10 and 14 year olds. They understood it,” she said. “Twenty-seven years ago, people who were under 20 understood the book better than people who are my age, my generation. These people grew up in an environment where they’re quick to absorb information.”

Moreover, the depth, detail, and number of characters found in The Eight – which Neville “always” recommends as the point of entry for her books – paved the way for more complex novels that appeal to a wide range of audiences including younger readers, such as the Harry Potter series. “The younger generation has learned to flip through channels with remotes, they were the first to grow up with computers available to them, and they were more state of the art.” 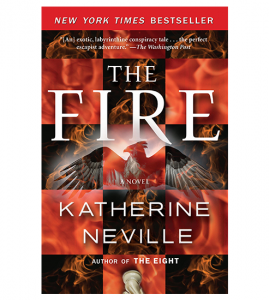 Mastering the Art of the Cliffhanger

Even though the quest theme emerges in all of Neville’s books, she constructed them all in a different manner. While she said The Magic Circle proves her “most complex book,” she strived “purposefully” to make The Eight more digestible. “I wanted the first book to have people so hooked at the end of each scene so they would want to go forward instead of like a big Russian novel where you have to go backwards,” Neville said. 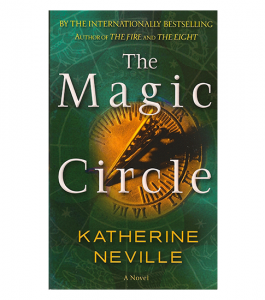 That point certainly resonated with me as I marveled at the sheer number of cliffhangers in The Eight – one of my favorite aspects about the book. In fact, I remember when I read it the first time, I was so engrossed in one story, I would skip ahead because I couldn’t wait to go forward or back in time, because I had to know what happens. Neville agreed and shared her own story.

“My friend who was working with me . . . got one of those illnesses where you were debilitated for a long time, and she was at home not working. She said, ‘since you’re not working, can you read me what you’ve written over the phone?’ I agreed because it’s a good exercise. I was reading her different parts of the book, and then I got to the part where the ax is falling on someone’s neck, and it ends right there. The ax is in midair falling, and she said, ‘I don’t care how late it is, you need to read me the next part.’ I said, ‘Oh I can’t, I haven’t written it yet!’” 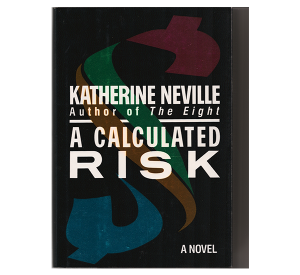 Often, when publishers re-issue a book several decades old, readers often wonder if it now feels dated. For me, I love how Neville focused on 1790 and 1970, because looking back on it, I couldn’t remember anything that would make it seem dated.

Neville agreed. “Even though the technology’s different, there’s a different postal system than we have today, it really is a period piece.”

And she also confirmed what I always believed and get asked about a lot when I recommend the book – that you don’t need to understand chess to enjoy it. In fact, “there is actually no chess in the book. There are a few scenes where you see chess a bit, but it has nothing to do with the plot. The actual book is based on a real chess game between two chess champions. I’ve never revealed what it is.”

So many aspects of Neville’s books have appealed to me over the years, but I’ve really loved that she’s always featured really strong, compelling female characters. It’s interesting because in looking at Neville’s background and work career – she’s done things that weren’t typical of women in that era. I found her to be way ahead of her time working in investment banking, in computer security, in international consulting – as well as going abroad, and working as a painter, model, and photographer. 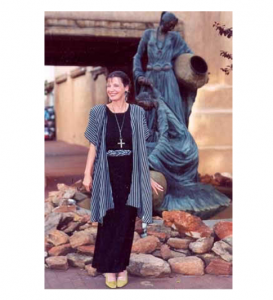 “I had to work for a living from a really early age,” Neville said. “It’s interesting, at that time, if people offered me a job I would take the job because in those days, you’d never know when you would get laid off. If they offered me a job in another town I would often take it because even if I liked my job, it could very well be that in two months from now, I’d be cycled off,” she says.

“It never occurred to me that often when engineers would have a massive layoff, they would take the computer jobs and the company would lay off all the women, saying that they could get men for the same price as women, and that men are better and they have a family to support. That happened regularly, and nobody really resented it, it was just an accepted fact. I was very loose about not taking my career ‘too seriously’ because I thought of it as a bunch of jobs until I could become a full-time writer.” 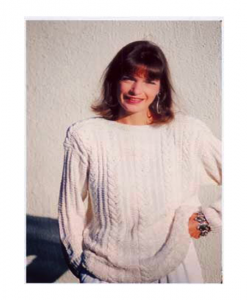 Fortunately, for Neville fans, the author remains hard at work on her next novel – hint: it’s about Renaissance painting and it sounds amazing!

She describes it as a new book, but one that she previously “started trying to write and research. It’s a little of everything. It’s a quest novel, like the others, but I really think I’m expanding now because books are starting to fall off the shelves, and research is starting to pop up in the right way. They sort of write themselves, and I make them obey a little bit.”

Discover the fabulous Katherine Neville – and if you read one book this year, make it The Eight! Her e-books can be found on the following e-tailers: Amazon, Apple iTunes, Barnes and Noble, Google, and Kobo. Check out Open Road Media to learn more, or visit Neville’s Facebook page here. 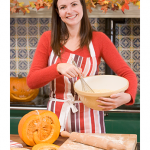 - Previous article « Come On Over for Some Comfort Foods! 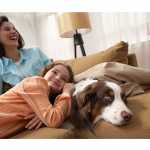