Who is Maud Dixon? by Alexandra Andrews

Who indeed is Maud Dixon you muse as this brilliant literary marvel unfolds with the unexpected twists and turns of a thriller, the perplexing intrigue about “What’s actually happening here!?” of a mystery, and an in-depth psychological study of both what motivates people as well as characters in a novel.

We start with two idiosyncratic and remarkably dislikable main characters, the first Helen, an author who wrote a best-selling crime novel under the pseudonym of Maud Dixon. Helen’s wrapped herself in intense mystery and will not do any interviews. Much of this evokes for me the endless public discussion, debate, and intrigue of who is Elena Ferrante, the pseudonym of a real best-selling (and awesome) Italian novelist who only grants anonymous interviews and remains cloaked in mystery. Similarly in this novel, people swoon just discussing Maud Dixon and the intrigue surrounding her identity. In the meantime, Helen has settled into a remote rural cottage life and finds herself under intense editorial pressure to come up with her next book for which she’s been paid a lavish advance and on which no progress seems to be forthcoming.

Florence, our second main character, is a languishing, socially ostracized, and largely dislikable literary assistant who’s come to New York City to escape the oppression of a backwater Floridian childhood. She constantly tries to avoid her nagging and insipid Mom who relentlessly berates her in phone calls for not having succeeded in making money and having a good job to make up for all her single mom “maternal sacrifices.” Florence instead dreams of when she’ll get under real world experience to write her first novel, instead of the mediocre short stories she’s been reworking since her teens. In the meantime, Florence has no self-esteem, lacks close friends, and flings herself into compromising, short-lived relationships including one with a married man that gives us our first hints that there may be something simmering with rage and unhinged about her.

Through a publishing editor, who’s the only one who knows Maud Dixon’s identity, Florence gets hired to work under the strictest of confidence agreements as full-time assistant to Maud Dixon. She moves into in Helen’s property’s guesthouse, basically cut off from the rest of the world. And that’s where things in this wondrous novel quickly unravel. Helen proposes a two-week trip to Morocco to do on-site research for her new novel, and once they arrive at a picturesque small beach-side town, all bets are off as the novel’s plot explodes in such unexpected ways that you find yourself going back to re-read passages with the hindsight of head-spinning plot revelations. To say more would simply take away all the fun!

Thankfully, Andrews wraps her novel in as clever a bow as such a complicated plot and such complicated characters merit. Meanwhile, the sheer affront of the revelations keeps your mind churning long after the last page has turned. Given that this is Andrew’s debut novel, it will be exciting to read more of what she writes! 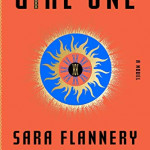 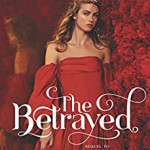 Next article - THE BETRAYED, by Kiera Cass »
Tweets by @MomCentral
© All rights reserved 2021 - momcentral.com