X Marks the Spot – Sweet Findings from the 2013 Xylitol Conference

As Moms, we focus a great deal of energy on sugar – monitoring how much of it our kids consume, looking for baking and cooking alternatives for our family, and figuring out substitute sweeteners to control our own sugar intake.

In our efforts to keep sugar consumption at bay, it can be a challenge for Moms to think about sugar or sweeteners in a positive light – and even more difficult to think about health benefits associated with them. So when I learned about Xylitol, a natural sweetener that helps prevent tooth decay and helps fight upper respiratory issues, I wanted to learn more. Initially, I had just limited knowledge of Xylitol as a natural sweetener that could be found at my local Whole Foods.

So earlier this month, I attended an educational conference in Cancun, Mexico, for Mom Bloggers on Xylitol, featuring members from the scientific and medical communities, along with representatives from Xlear, an organization that manufactures products containing Xylitol.

After attending the conference, the information I learned proved both compelling and surprising. Here’s an overview of Xylitol, along with a Q&A from Dr. Lon Jones, D.O., a family physician who developed and patented Xlear Nasal Spray.

The Scoop on Xylitol

Derived from fibrous parts of plants – ranging from birch trees to corn stalks and cobs – Xylitol is a natural sweetener that resembles real sugar. While not technically a sugar due to its molecular structure, its structure makes it easier for your body to break it down and use. First discovered in the late 19th century, researchers isolated it from wood chips and found that villagers in Finland who began using sugar from birch trees enjoyed greater dental health.

World War II saw increased use of Xylitol as a sugar substitute, and diabetics became early users as Xylitol won’t increase blood sugar levels. Moreover, it can be used in intravenous nutrition for patients with glucose-tolerance issues.

Xylitol’s chief benefits concentrate on the mouth and nose areas – regions that act as a gateway to health, so dental and upper respiratory areas see the greatest impact. Xylitol controls bacteria and bacteria growth by protecting against the build-up of bio-film.

Dental: A number of studies – including a mother/child dental study in Scotland and a cavity-prevention study in Belize – showed the ability of Xylitol to reduce or prevent dental decay in children. In fact, the Belize study showed that Xylitol reduced cavities by more than 50% over five years in children using gum containing Xylitol.

In addition, when children use toothpaste containing Xylitol during tooth formation, calcium levels increase, which can lead to stronger teeth that remain less vulnerable to decay.

Finally, you’ll feel a key difference after using the Spry toothpaste at night – no bio-film on teeth in the morning!

Upper Respiratory: As a sufferer of sinusitis, I know how difficult daily tasks can be while trying to deal with a stuffy nose or tame an uncontrollable cough that just won’t go away. The benefits of Xlear Nasal Spray have been helpful for sufferers like me in dealing with upper respiratory issues. The nasal spray keeps the sinus passages well hydrated and gives the immune system a chance to flush out the bacteria. It does not medicate the nasal passage, but reduces swelling by bringing water and salt back into the system. Xlear offers nasal sprays for both adults and kids.

In addition, research shows that Xylitol offers some reduction in the occurrence of children’s ear infections by helping prevent bacteria from lingering in respiratory tissues.

Xylitol’s benefits also extend into the culinary realm. Xlear’s XyloSweet Sweetener can be used the same way as sugar when adding to beverages and recipes but packs a less caloric punch. When compared to sugar (sucrose,) Xylitol has 40% fewer calories. However, it shouldn’t be used with yeast breads as yeast can’t metabolize Xylitol, so it will prevent the bread from rising.

Some caveats do exist for Xylitol – it can act as a laxative when over-consumed (more than 30 grams a day). Xylitol can hold onto water when it gets into the digestive track and cause intestinal issues. Begin usage gradually, use in conjunction with other foods and fibers, and use less than 30 grams of Xylitol per day.

Xylitol can be harmful or fatal if consumed by dogs. If ingested, it affects blood sugar levels in dogs that can be toxic. Keep products with Xylitol away from dogs or other household pets.

To learn more about Xylitol, we posed the following questions to Dr. Jones:

1. Can you give us a brief explanation of xylitol, including what it is and how it’s currently used?

Xylitol is a natural sweetener that looks, tastes and functions much like the common table sugar sucrose. Xylitol has some remarkable health-promoting properties, particularly in prevention of tooth decay and upper respiratory infections.

In a wide variety of applications, xylitol can replace sugar on a one-to-one basis. The most popular uses are in oral care and specialty food items.

2. We understand that xylitol is a naturally occurring sweetener but we’ve also heard that manufacturers use chemicals in order to process it. Can you help parents to reconcile these two ideas?

Low concentrations of xylitol are found throughout nature in Birch trees, fruits, vegetables and other plants. Its primary sugar, xylose, is much more prevalent but in a tough fibrous form that first must be broken down. Xylose is changed into xylitol in the human body by enzymes. Similar enzymes are used to make xylitol from xylose in an industry setting.

Xylitol is a normal intermediate in human metabolism with about a tablespoon amount generated every day. This way xylitol is related to the group of 5-carbon sugars such as ribose, which are essential structural components of our genetic material (DNA, RNA) and primary energy molecule ATP.

3. Tell us about the key benefits of xylitol? What possible side effects could occur? Is it safe for kids?

Xylitol has a delightful sugary taste with no aftertaste. Because xylitol is low-glycemic (Glycemic Index 7) and low-calorie (40% less than sugar) xylitol can be used in reasonable amounts by most diabetics without upsetting blood glucose and insulin levels.

People wanting to prevent tooth decay use xylitol because it prevents the sugar-into-acid problem that starts a cavity. It does this by pressuring the bacteria living on the teeth that make this acid to both stop producing acid and/or go away in general.

People wanting to reduce upper respiratory problems use xylitol nasally in a spray or nebulizer because it does such a good job of helping our own natural defenses in the nose. And since the primary bacteria that causes most respiratory problems is a cousin to the ones on the teeth that cause tooth decay, and shares with them the same genetic tools to handle xylitol, they too go away more often. Finnish researchers showed that a 5% solution of xylitol washed away 68% of these bacteria. My own experience with 10 children suffering from chronic otitis media was more than a 90% reduction in their problems.

Xylitol is approved as a safe food additive in most countries. The only bothersome side effect is its slow adsorption in the GI tract (similar to dietary fiber), which leads to more water retained there, some cramping and possibly diarrhea. This problem can occur with excessive consumption, particularly in liquids on an empty stomach. Regular use conditions the body and these symptoms diminish as tolerance increases. The amounts used for dental benefits or in the nose are small enough that there is rarely any problem.

Xylitol is safe for children and especially beneficial for babies. The best time to use xylitol for dental benefits is when new teeth are erupting through the gums. At this crucial phase xylitol creates a healthy environment that blocks colonization by dangerous acid-loving bacteria, and strongly mineralizes the new enamel. Teeth that erupt into a healthy xylitol environment have long-lasting protection against tooth decay.

The nasal spray was designed for babies with ear infections. It’s recommended that you use it with every diaper change. Adults wanting to keep healthy should wash their nose with xylitol when they wash their hands.

4. It’s difficult to accept that a sugar substitute could have positive dental outcomes. Can you help parents understand this?

Harmful oral bacteria thrive in an acid rich environment that can dissolve solid tooth structure. These nasty germs feast on sugar for energy, deposit more acid as a waste product, and use the left over sugar to form a tenacious protective matrix.

Xylitol is more than just a neutral bystander. In the mouth, xylitol acts as the “antidote” for the harmful effects of sugar, especially when used after meals and snacks. Xylitol interferes specifically with the acid-loving bacteria, stops the acid production, and makes the dental plaque biofilm less adhesive, less inflammatory and less harmful. Additionally, xylitol supports our natural protective factors, stimulating saliva and delivering calcium to help re-mineralize enamel.

5. What is xylitol’s effect on children with recurrent ear infections?

My own experience is that they don’t happen. Regular use of xylitol washes out the bacteria that cause these infections from the back of the nose where they often live. The journal article where this was first reported is available at www.commonsensemedicine.org.

6. We understand that xylitol can be very harmful if ingested by a pet. What tips can you provide families so they can ensure they keep xylitol away from pets?

The poison control center for veterinarians shows that xylitol has been toxic to dogs. It is apparently identified as sugar (glucose) and causes the dog to release insulin lowering their glucose to the point that causes death. Keep xylitol away from the dog just as you would chocolate or grapes. Cats don’t seem affected, but it’s good advice there, too. Again, the amount in the nasal spray is not enough to cause a problem, so if your pet has a cold feel free to wash their noses.

Disclosure: Stacy DeBroff attended the Xylitol Conference in Cancun, Mexico, and received complimentary airfare and lodging during her stay. Opinions expressed here are entirely her own. 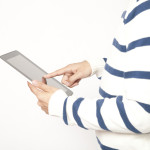