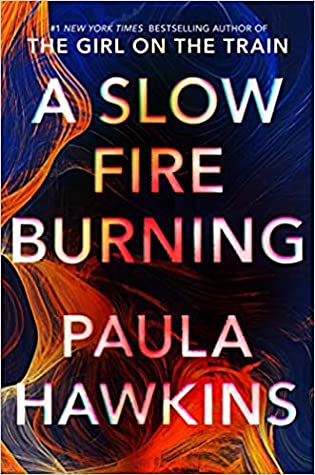 In her latest psychological thriller, Hawkins compiles a cast of characters all surrounding Daniel, a young man found violently killed on his river houseboat in England. Each character has a backstory that slowly gets revealed, all come from a haunting place of trauma and loss.

There’s Miriam, an older, spinster, lonely, off-kilter houseboat owner next door to Daniel, who carefully watches all the comers and goers, while harboring secrets of her own past in which she and a close friend were kidnapped as children by a child molester. Her personal journal chronicling her terror may or may not have provided the plot for Theo, Daniel’s uncle-in-law who’s a languishing writer who had his own reasons for despising his nephew. Theo’s wife Clara, Daniel’s estranged aunt, has a deep loss of her own along with a checkered history with X, part love or perhaps obsession on his part, as well as deep regrets on the tragic falling out with her only sister Angela, his Mom.

Laura who has slept once with X and emerged from his houseboat with blood on her clothing, is a young woman with a limp and psychic trauma from a car hit and run, along with parent abandonment, that has left her both adrift, prone to outbursts of violence, lonely and emotionally unstable. Irene, an aging widow bemoaning both the loss of her adored husband and her best friend Angela, X’s Mom who lived next door, finds herself swept into the drama. Even Daniel himself has a deeply troubled past, that has you vacillating between pity and concern as the twists unfold.

Everyone has secrets, with such pain and psychic trauma behind them that you get swept up into their own life paths as much as into Daniel’s death. Each may or may not have killed  Daniel, but their other traumas prove sweeping and compelling. So, while the main murder whodunnit unfolds, you’re equally swept up into other whodunnits emerging from the damage in all the main characters’ lives. Which makes this an all-in, absorbing, thrilling read that has you thinking about people’s lives long after the murderer’s surprising reveal. 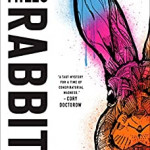 Next article - A PSALM FOR THE WILD-BUILT by Becky Chambers »
Tweets by @MomCentral
© All rights reserved 2021 - momcentral.com