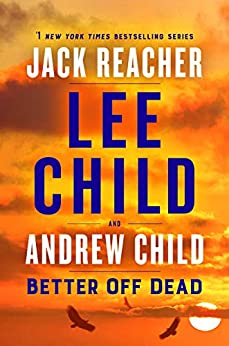 This outstanding new addition to the Jack Reacher series finds Reacher in yet another random small town, just minding his business and going about his life as a drifter, when he stumbles across a woman in acute distress and a nefarious smuggling operation at work. This is the second outing of Lee Child writing alongside his younger brother Andrew, and as a team they churn out exceptional thrills and chills that will have you reading late into the night. Even if you have not read the extensive Reacher series (confession: I have!), you can jump right in.

Reacher’s a decorated former military police officer who always been a brilliant maverick. He won’t pause to break the rules to get to the truth and who post-military service has become a bit of a vagabond who continually comes up against small town evil. There’s also usually a compelling, smart woman in distress and a deep corruption for financial gain that the town’s law enforcement has either been bribed or threatened to leave alone. Ultimately, upon witnessing just how deep this corruption or evil runs and how vulnerable the woman is against it, Reacher against his better judgement gets involved. Then his involvement gets personal. Then things get violent and over-the-top, often involving multiple deaths, and Reacher turns vigilante. Reacher brings to his table his towering physical prowess, fight-know how, keen investigative experience, weapon knowledge, gut instincts, and all out bravery. Reacher often ends up calling on his old military and federal contacts for an informational or tactical lifeline. And Reacher always wins after intense, all-out warfare. Always with some physical and psychic damage, but he sets things right. Justice gets served. Then Reacher puts his toothbrush in his back pocket (this is all he travels with: money from his savings can be wired, new second-hand clothes can be bought, diners abound) and grabs a bus or a ride back to his meanderings.

So welcome to Better Off Dead, in which Reacher arrives in a small town on the U.S.-Mexico border. The book opens with a jaw-dropping bang: a man fitting Jack Reacher’s exact description is shot dead by four men in a deal exchanging money for knowing where to find a guy named Michael goes off the rails. Reacher beats the men fighting them only to get shot dead by a woman who steps out of the shadow. The victim’s body, identified as Reacher, gets transported to the morgue and put into the cooler.

What, could Reacher actually be dead? Cue the shock and horror to ardent fans. But we haven’t yet got through the reliable and always thrilling formula of a Jack Reacher novel!

To give away more would just deny you the thrill of another masterful Reacher book, with exceptional sparse and lean writing, edge of your seat twists, and vivid image that stays with you after your pounding heart has stopped hammering.

Thanks to NetGalley for an advance readers copy. 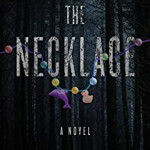 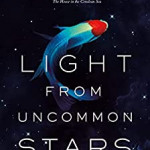