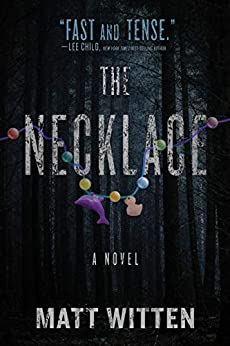 Emotional, grabbing thriller about the pending execution of a convicted man for the brutal raping and strangling of her young daughter, Amy. The devastated girls’ mother, Susan, many years later still a struggling and grieving waitress in rural New York, scrapes together savings and money from a local bar-fundraiser to enable her to travel to North Dakota to witness the execution. Susan’s hoping for closure on this tragic chapter in her life and sees the death penalty as the final deliverance of justice.

Along the way, amidst constant travel set-backs, Susan keeps ruminating over the circumstances of the gruesome crime and the killer. And in doing so, she begins to question all her assumptions about the investigation and starts to focus on puzzling clues that don’t quite add up. Susan, overwrought and guilty in the face of failing to protect her young vulnerable daughter, brings emotional instability to her inner dialogue as she wrestles with potential alternative scenarios for what may have happened to Amy. There’s also intense reflection and wrestling takes on the death penalty, which seem particularly coming from an impoverished, small time Mom whose life has been ruined by this crime.

Add into the mix Robert, a dashing and protective retired federal agent who’s still haunted by the case, Kyra, a sympathetic rebellious young fellow traveler, Lisa, the convicted man’s passionate loyal sister, and Susan’s ex-husband Danny who’s remarried and stand-offish, and the plot starts to boil and bubble into a crescendo of tension.

Plan to stay up late for the over-the-top plot twists that rush in at the end.

Pick up this now in anticipation of the feature film version that’s been optioned and includes Leonardo DiCaprio as a producer. 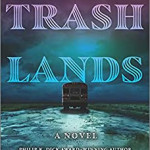 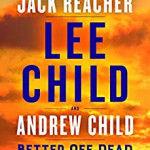