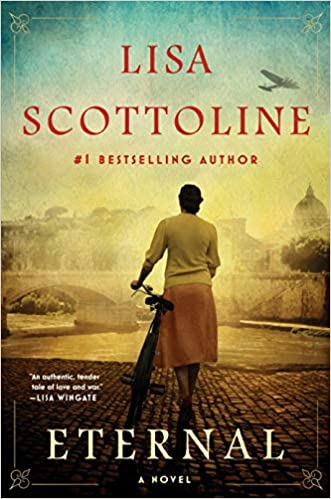 What could be better than having vastly talented Lisa Scottoline turn her warm, insightful, and deeply resonant storytelling to historical fiction, focused on the intersecting lives of three teens and their families all swept up in the onset of WWII. Mussolini, after waffling between treaties with England and Germany, takes up with Hitler and the Nazi, and Fascism ultimately embraces the Nazi’s antisemitic laws. Caught in the middle are Santos, a rising Jewish mathematical wiz and member of thousand-year Roman Jewish family, Marco a charismatic athlete who starts working for the Fascist brass and has a deeply Fascist Dad, and Elisabetta, the beautiful and brave girl they both passionately love whose Dad is a dysfunctional alcoholic and whose Mom walks out on the family.

Lisa has set her sweeping saga in the late 1930’s, amid the quick-moving dramatic events leading to Italy’s plunge into the Second Great War. Her fictional characters face the fracturing of their beloved country along political lines, the turning of a beloved leader into a feared Dictator, and the turmoil that destructively spills out across the magnificent, centuries-old, beloved city of Rome. There’s budding romance, families finding their members ending up on differing sides of an ever-widening abyss between the Fascists and the liberals, and the emergent horror of increasing restrictions and oppression of Rome’s longstanding Jews who consider themselves Roman and Italian first and foremost in their identities.

The best historical fiction plunges you into the sights, sounds, flavors, and ambiance of a time such that it simply comes alive for you. In Eternal, you find yourself savoring bicycle rides on cobblestone streets, freshly crafted pasta variants, the hubbub of popular café, the stars beaconing over the Tiber river, an Italian family sitting down to a Friday night dinner of fried artichokes and fresh fish, pastel painted small houses, and myriad other details of daily life pre-War. You’re then thrown into the harrowing chaos of a piazza overrun in the unleashed anger of a political mob, the meeting of rebels in Rome’s underground catacombs, and the takeover of gorgeous, marble and art-strewn mansions to serve as headquarters for the Fascist regime.

As the interwoven stories unfold and war looms closer, the book transforms into an unputdownable page-turner in which you feel deeply vested in and deeply worried about the teetering futures of the characters, as well as majestic Rome itself. While shining a light on one of Italy’s darkest moments, the book holds out faith that the best of Roman culture will prove resilient and transcendent.

Most touchingly of all, in telling the story of Rome’s Jews, their persecution under the Facists and then the Nazis, Lisa pays vast tribute to her professor Phillip Roth from whom she took a seminar at U. Penn.

Thanks to Netgalley for an advanced reader’s copy of this novel. 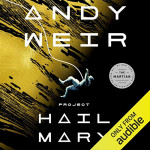 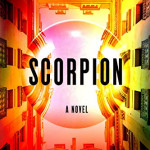 Next article - SCORPION, by Christian Cantrell »
Tweets by @MomCentral
© All rights reserved 2021 - momcentral.com