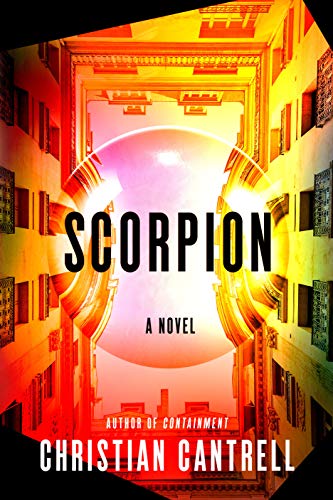 Better still, Cantrell crafts three main characters, each at odd with the others, but each of whom you ultimately finding yourself cheering on in their quests to make the world a better place.

Quinn Mitchell, a keenly smart CIA mega-data analyst, gets dragged from her cubicle cubbyhole and computer plasma data screens into the field on the hunt for a rampant international killer. Quinn brings along for the ride a tremendous amount of emotional baggage, as she’s recently lost her young daughter Molly in a drowning in the next-door neighbor’s pool, dealt with the fracturing of her marriage after Molly’s death, and distanced herself from her junkie brother’s and remote mother’s lives. Alone, sad, and with all her family mementos stashed in a storage unit, Quinn struggles to finding any meaning or hope in her day-to-life, and so instead throws herself into the intellectualism of finding complex patterns in reams of Big Data. One pattern she’s tasked with is analyzing any patterns behind an international killer stalking seemingly unconnected victims.

Ranveer, the international killer on the hunt and nick-named the Elite Assassin, travels at the highest levels of luxury from private jets to hotel penthouses, with discrete concierge service taking care of all the details. As he moves from one international city to the next, he’s killing one person in each city, with victims moving from oldest to youngest (the last being a 9-month-old baby) and with four-letter codes burnt or marked on each of their bodies. He’s also killing anyone with insider knowledge of what he’s up to, including uber-wealthy denizens of off-shore Oman man-made islands which they buy and retreat to as their own tiny nations. But things may not be even close to what they seem.

Henrietta Yi, a brilliant double PhD in physics, has left academia to join the CIA to bring her vast scientific prowess to work for world good. Henrietta, a loner, saves her affection for Pokeman stuffed animals and Hello Kitty merchandise to soothe her grief over losing both her parents in a nuclear explosion in Seoul. She’s now at work on an ultra-top-secret CIA project involving a large particle collider that generates a coded message that appears to have been sent from the future.

The lives of these three characters collide with the same energy as particle physics, as messages sent from the future get decoded, time travel appears feasible, and they embrace differing missions to salvage a future they want to ensure. Blend into all of this a potent mix of cutting-edge physics, technological innovation, social politics, and anti-authoritarianism, and you end up with a non-put-downable smart futuristic thriller.

Not often, you find an author who’s carefully crafted language and story sets off a tuning fork in your brain, deeply resonating with all you hope for in a book. That’s what happened for me reading this thriller.

My most fervent hope: a sequel as soon as possible!! 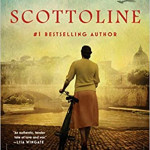 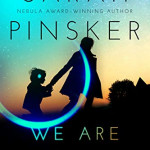 Next article - WE ARE SATELLITES, by Sarah Pinsker »
Tweets by @MomCentral
© All rights reserved 2021 - momcentral.com