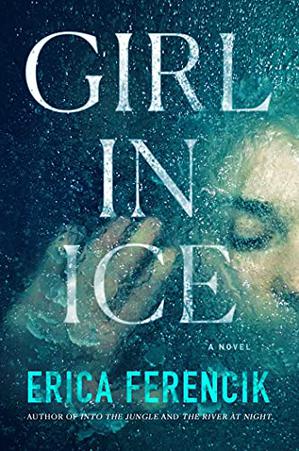 GIRL IN ICE by Erica Ferencik

Imagine a young girl, caught in a sudden flash ice storm, and frozen seemingly for eternity in an ice floe in the Artic. Until global warming that is, and a science team that thaws her and brings her back to life.

Brilliant linguist Val Chesterfield, a homebody thanks to her overwhelming anxiety, gets finally lured from her cozy apartment due to the simultaneous apparent suicide of her twin brother Andy while working on a climate change research expedition in Northern Greenland and a deep mystery shrouding a girl who speaks a Nordic language no one can understand, even the local indigenous people. Val, having turned down former intriguing jaunts into the field for on site discoveries, rallies herself with some push from her elderly, climate scientist father to get up to the Artic to figure out what’s going on.

Val finds herself in the remote Artic amidst endless ice, swirling snow, a claustrophobic research hut, and an encroaching season of darkness. She contends with Wyatt, the gruff expedition leader, and former professor of her brother, who won’t share much about what happened to Andy or the girl; Val, the chief mechanic and cook, who proves equally menacing; and a lovely pair of married Marine scientists, Nora and Raj, up to do explorations in the water under the ice.

A plotting twisting thriller ensues as Val struggles to communicate and bond with the girl while also investigating what really happened with her twin brother.

The real heroine: the young girl revived from the ice, who’s both terrified and curious, violent and compassionate, young and wise beyond her years.

This novel provokes you to deeply think about the often-conflicting roles that science and compassion play out in humanity. There’s the purity of scientific research pitted against ambition, and the questionable ethics of turning a person into a science specimen or experiment.

And then of course there’s the ominous climate change coming for us all.

Thanks to Netgalley as well as Gallery Books and Scout Press for an advanced reader’s copy. The view expressed here are solely my own. 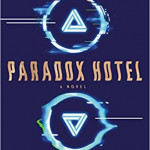 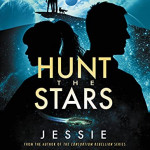 Next article - HUNT THE STARS by Jessie Mihalik »
Tweets by @MomCentral
© All rights reserved 2022 - momcentral.com