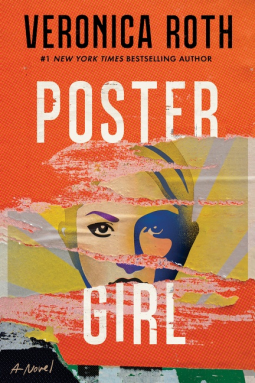 Veronica Roth delivers a future dystopian home run in Poster Girl. This adult novel takes place in the post-apocalyptic city of Seattle where the leaders of a manipulative, greed-driven surveillance state, The Delegation, have been overthrown in a revolution. The Delegation used a device called The Insight, inserted into a newborn’s eye at birth, to set up a constant surveillance state based on all the visual feeds.

All the participants of this corrupt leadership, as well as their children, have been locked away into a ghetto apartment complex called the Aperture as punishment, including Sonya the only surviving daughter of a leadership family. Life in the aperture is bleak, with too little food, fights over scraps of leftover clothing and appliance parts, and no relief in sight. Sonya’s face is known by all the city’s residents as her parents had her pose for the ultimate Delegation patriotic poster as a young teen. The Insights on all the Aperture prisoners remain active and have now become a control monitor by the Triumvirate – as contrasted to the devices supposedly having been removed for the general populace.

In the decade since assuming control of the city, the new regime, the Tirumvirate, has let the city devolve into decay. Moreover, the Triumvirate leadership has come to Sonya to engage her help in finding a child who the Delegation removed from her home to give to more deserving Delegation leaders. The reward if successful: Sonya’s release from the aperture.

In the detective work that follows, Sonya starts deeply and critically evaluating the Delegation as well as her parents’ complicity in it. Alongside her, you’re drawn into thinking the reach of tech surveillance in our own lives through our devices, social media, street cameras and connected devices such as Alexa or The Nest many of us have in their homes.

A great detective story, wrapped around the best of dystopia in changing perspectives on our current world and the potentially hazardous trajectory we’re on.

Thanks to William Morrow and Netgalley for an advanced reader’s copy. 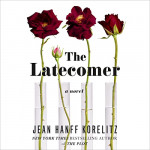 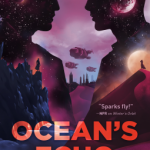