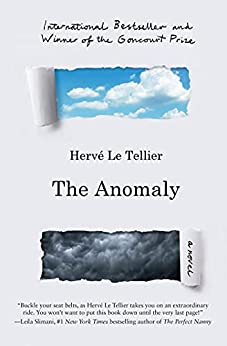 THE ANOMALY by Hervé Le Tellier

Thanks to Other Press and Edelweiss for providing me with an advanced readers copy.

This intriguing existential literary thriller, having sold over a million copies in France, finally arrives on our U.S. shores in translation. This book leads you both into a gripping mysterious plot, much like a great Black Mirror episode, and leaves you deeply contemplating the very philosophical meaning of our existence, fate and free will.

An Air France jet flying from Paris to New York hits an unexpected dramatic storm and intense roller-coaster turbulence but manages to land safely. We get drawn into various dramas involving passengers on board, from family situations to affairs to thwarted ambitions. We follow other live spost the flight, from a man diagnosed with pancreatic cancer to a doting older French architect abandoned by young girlfriend who feels oppressed by his constant attention. One of the passengers, Victor Miesel, goes on after the intensity of the flight to write a heart-rendering book titled The Anomaly, which goes on to become a best-seller after his suicide.

Turns out that four months after the first flight, a second flight has landed with the exact same passengers, pilots, and flight number. These passengers are sequestered and interviewed, gathered under an emergency protocol developed by two mathematicians of what to do in the case of an air traffic event that defies logic, and may involve anything from aliens to an out of control AI to a new invention by an enemy government to a tear in the space-time continuum.

FBI agents round up all the original passengers on the flight, the scientists, mathematicians, politicians, intelligence services, military, and passengers wrestle with what’s happened and how to move forward. All this leads to intense and unanswered debate over the very foundation of reality. 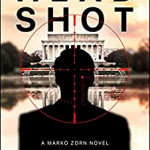 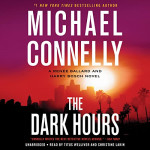 Next article - THE DARK HOURS by Michael Connolly »
Tweets by @MomCentral
© All rights reserved 2022 - momcentral.com