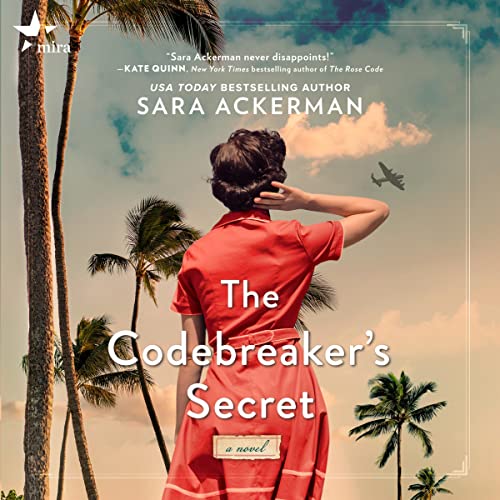 THE CODEBREAKER’S SECRET by Sara Ackerman

This book is simply fantastic, and if you’re new to Sara Ackerman’s novels, it’s a great place to dive into her stories centered in Hawaii during the outbreak of Pearl Harbor and WWII. Ackerman creates lush atmospheric novels, full of the perils of war and the bravery of women who stepped in to fill roles typically reserved for men. She also infuses her writing with the essence of Hawaii, from its lush foliage to native population to mythology. Ackerman also weaves both adventure and romance to her compelling historical fiction.

Here two powerful story lines converge. In 1943 Isabel, a brilliant codebreaker who proves herself in D.C., gets assigned as the first woman to join a male-filled underground bunker in Pearl Harbor where she and her colleagues work to find cracks in a mostly undecipherable Japanese naval code. Isabel sought out the Hawaii posting as she’s mourning the loss of her only brother who piloted one of the few planes able to get off the ground in the Pearl Harbor attack and got struck down by the enemy. She connects with ladies’ man Walt, her brother’s best military friend in Hawaii, and sparks fly while secrets brew between them.

Fast forward to 1965, and Lu, an L.A. journalist but former Hawaii native, is sent on a last-minute assignment to cover the opening of a luxury hotel. She immediately befriends a young singer celebrity, there among the glitterati for the hotel’s star-studded opening weekend. Lu also meets Mateo, a legendary magazine photographer, who underneath his gruff exterior holds deep secrets connected to WWII and his military service. Lu and Mateo join together to investigate a missing person and possible murder among the guests.

These two stories wonderfully converge to illuminate the how the entwined lives of the WWII soldiers still resonate two decades later. And the ending is SO GREAT!!

Love this? Run out to read Radar Girls and Red Sky over Hawaii by Ackerman next!

Thanks to Harlequin Publishing and NetGalley for an advanced reader’s copy. 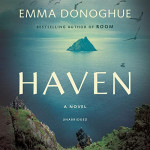 Next article - THE MANY DAUGHTERS OF AFONG MOY by Jamie Ford »
Tweets by @MomCentral
© All rights reserved 2022 - momcentral.com