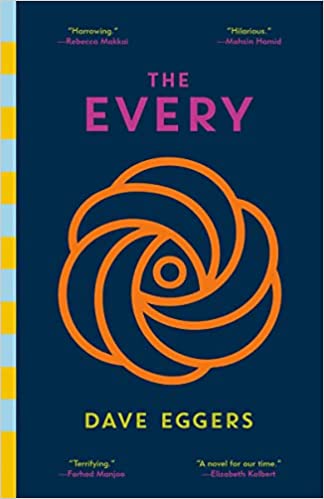 The EVERY by Dave Eggers

Eggers returns with a follow-on to The Circle with another satirical and bitingly hilarious send-up of internet and e-commerce giants with a company that’s a mockery of Facebook having acquired Amazon. And don’t worry about having to read The Circle to love this outing.

Like Facebook changing its name to The Metaverse to escape brand negativity, so the Circle has morphed itself into the Every. No longer content with controlling every moment of their employees’ lives, now the company’s out for world domination. They keep launching new apps, one more absurd then the next, that have people frantically exercising in place, grabbing gulps of water, trying to higher vocabulary words daily, retweeting everyone else’s posts in the thousands, and seeking to find out what their friends secretly think of them based on an analysis of their facial gestures. Alongside this, the company controls the consumer product distribution chain: such as scoring each consumer’s carbon footprint and then offering up best eco-products, the Every creates social movements as a vehicle to further monetize and monopolize.

Enter our heroine, Delaney Wells, an idealist who builds a false social media identity in order to get a coveted job at the Every. She wants to spark rebellion from within and take down the malignant Evil Empire. Delaney as she rotates through departments as part of her training immersion keeps coming up with crazy innovations which she expects everyone to denounce, but which instead they implement to ever increasing success and an increasingly cowering populace. So much so that Delaney captures the attention of the corrupt and greedy leadership. Let’s just say that things begin to devolve from there.

As further protest to make his point, Eggers refused the sell his book on Amazon and instead only distributed to independent bookstores. Let the rebellion begin! 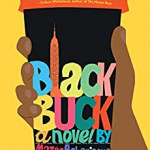 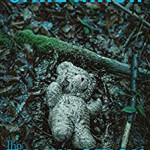 Next article - The Tally Stick by Carl Nixon »
Tweets by @MomCentral
© All rights reserved 2022 - momcentral.com