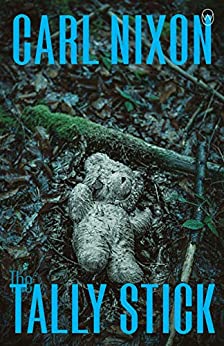 The Tally Stick by Carl Nixon

This powerful story opens with a car late in night careening off a sheer cliff in New Zealand, crashing through thick forest growth into a river way below, and killing Mom, Dad and infant sister of the British upper-class Chamberlain family who are touring the bush outback before settling into a new home in Wellington and Dad’s job for BP Petroleum.

Shell-shocked survivors comprise three siblings: Maurice the eldest who suffers a terrible leg wound, Katherine who emerges intact but disoriented, and youngest brother Tommy has taken a damaging hit to his head and has turned catatonic. Katherine and Maurice go into sheer survival mode. They’re stunned. They cannot find their way back to civilization amid the rugged terrain and their injuries. When rescue appears in the gruff and unkind form of a bushman and outback healer Martha, the children fall into line recognizing their need to have adults to take charge. Their survival, and lack of survival, stories drive this disturbing, dramatic narrative forward.

Years later, the skeleton of Maurice is found, clutching a Tally (debt) stick with innumerable notches in it. It turns out from dental records and bone growth that he died four years after the crash. Running Parallel is the story of their British Aunt’s repeated treks to New Zealand both right after the accident and after the discovery of Maurice’s body to try to ascertain what exactly happened.

This book hit a particularly close nerve with me- my English family had migrated to Wellington, New Zealand in the early 1900’s for a warmer weather cure for one brother’s tuberculosis. As a family, we were familiar with Maori lore and customs, and my Nana as she emigrated to America continued to share myriad New Zealand stories with us grandchildren. In 1974, in a big trip back from a visit the New Zealand family, both my parents perished in a Pan Am jet crash in Pago Pago. I was 12 and my younger brother 10. Nixon’s story is set in 1978, so the time tracks and ages of the kids run parallel.

Like the surviving children in this story, I found myself suddenly orphaned and thrown into a sense of unreality. As I read about the Chamberlain car crash and the surviving two children – here injured both physically but also deeply psychologically – I related to Nixon’s narrative. My younger brother and I got whisked away to a small town to live with an aunt and uncle under what proved to be for us uncompassionate circumstances, and like Katherine and Maurice we too mutely went along and felt stuck under emotional debt of them having taken us in. Taken from our friends, family, schools – it felt much like landing in the wilderness and just trying to stay alive.

It felt like we had two main options: all out rebellion or mostly conformity until an escape option presented – for us this was boarding school and college. In Nixon’s telling, the siblings completely split reactions: with Maurice embracing all out rebellion and focused singularly on escape, and Katherine molding herself into a “good girl” role for the new adults in her life. Where Martha demands they stay to help around the farm and repay their “debts” for having been taken in, Katherine eagerly gets to work while Maurice digs in his heels. While Katherine adapts and flourishes, celebrating nature and getting close to Martha, Maurice gets increasingly and harrowingly punished for his escapes.

What’s emerges is a profound and morality play about how people respond to tragedy, what it means to be emotionally indebted and how this creates a complex tangle in relationships, and what it means to survive a catastrophic event. 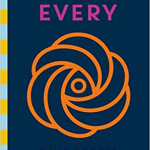 - Previous article « The EVERY by Dave Eggers 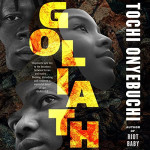 Next article - GOLIATH by Tochi Onyebuchi »
Tweets by @MomCentral
© All rights reserved 2022 - momcentral.com