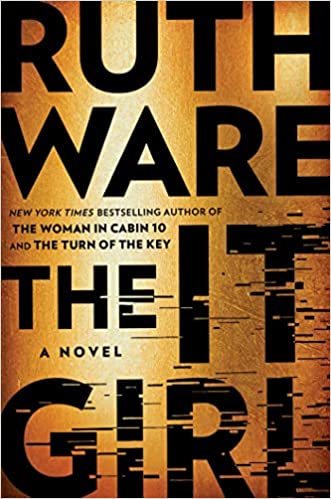 THE IT GIRL by RUTH WARE

A girl found dead in the first-year dorms of Oxford University sets off this absorbing latest psychological thriller and murder mystery from Ware.

April Clarke-Clivedon is the IT girl: posh, beautiful, vivacious, irresistible to men and women alike, but also wildly impulsive and sexual. Hannah Jones is her straightlaced roommate, who finds her middleclass roots challenged as April draws her into her in-crowd social circle. The story switches back and forth between two timelines: the events at Oxford leading up to the murder, and a haunted adult Hannah who still bears the post-traumatic stress of her April’s notorious murder. She also feels ongoing guilt at getting married to, and expecting a baby with, Will who had been April’s college boyfriend. Journalists on the hunt for more uncovered details and obsessive social media posts leave Hannah constantly feeling that she can never escape the public scrutiny.

The creepy college porter, Neville, who stalked Hannah during her first year and who got convicted of April’s murder has died in prison, still protesting his innocence. A journalist comes inquiring after the news of the porter’s death, asserting he interviewed Neville at length and believes his claim innocence as some of the facts don’t add up. Hannah starts to doubt herself, especially as she has amnesia of the instance when she found April dead in their dorm room. Hannah, haunted by guilt of possibly sending the wrong person to jail, starts to dig into the past and reconnect with the college friends to ascertain the truth. Hannah’s trauma and survivor’s guilt become all-consuming for her.

As events unfold, EVERYONE within the close college circle of friends emerges a potential suspect, and the threat of April’s murder still being on the loose looms in the air.

After all this tension, Ruth twists it all together into an explosive and worthy ending, reaffirming her mastery of this genre!

Thanks to Scout Press and Edelweiss for an advanced reader’s copy. 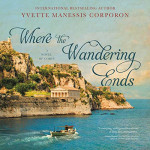 - Previous article « WHERE THE WANDERING ENDS by Yvette Manessis Corporon 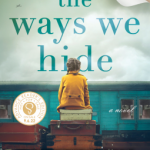 Next article - THE WAYS WE HIDE by Kristina McMorris »
Tweets by @MomCentral
© All rights reserved 2023 - momcentral.com