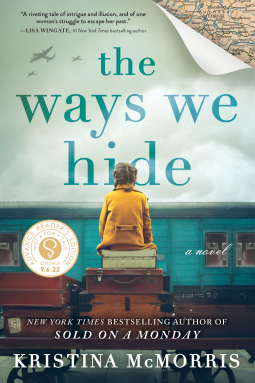 THE WAYS WE HIDE by Kristina McMorris

This powerful historical novel centers around a true WWII story, which makes it all the more intense and captivating, as it reveals the military team of inventors and magicians recruited to help troops behind enemy lines to cleverly evade the Nazi’s.

Fenna, our heroine, comes from a hardscrabble childhood in Michigan with both survival skills and traumatic secrets. As WWII unfolds abroad, Fenna serves as the onstage assistant to an escape artist. But it turns out that clever Fenna is really the one to have designed all the escapes and illusions. She has also grown disillusioned with lack of recognition to be looking elsewhere for something to do.

One night, a British man in the audience asks to speak with Fenna after the show. Turns out he’s Major Hutton from M19, and wants her help creating gadgets, devices and plans to help stranded soldiers elude and escape the German military. Thus Fenna gets recruited to a role that the real Hutton did, which inspired the role of Q in James Bond.

Fenna’s resourceful, courageous, and willing to take danger head on as she volunteers to go behind enemy lines in the German occupied Netherlands to rescue her best friend Arie from childhood. At times harrowing, inspiring and heart-warming, Fenna embodies the bravery of soldiers fighting the Nazi’s during WWII.

I find myself continually thinking and reflecting about this book in the week since I’ve read it, and I’m adding to my reading list other books by Kristina McMorris.

I’m recommending this book to all my friends – and its provocative plot would make great fodder for book group discussions.

Thanks to Sourcebooks and NetGalley for an advanced reader’s copy. 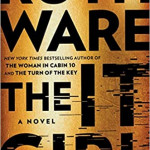 - Previous article « THE IT GIRL by RUTH WARE 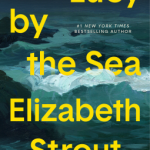 Next article - LUCY BY THE SEA by Elizabeth Strout »
Tweets by @MomCentral
© All rights reserved 2023 - momcentral.com