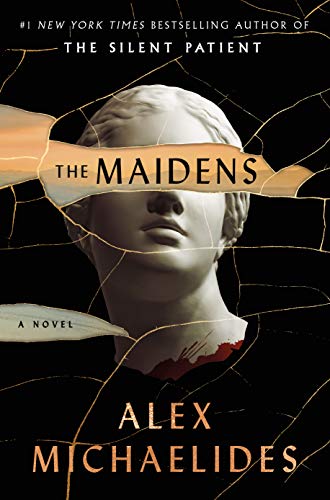 THE MAIDENS by Alex Michaelides

Following up on The Silent Patient, Alex Michaelides adds a classical twist of Greek mythology underpinning this new outstanding, dark, psychological thriller set in Cambridge, England. Mariana, a group therapist recovering from the death of her beloved husband Sebastien, gets summoned to Cambridge when one of her niece Zoe’s close friends get stabbed to death. And so jumpstarts this twisty literary “whodunnit,” with Marian becoming obsessed with tracking down the culprit and increasingly convinced that a handsome Greek tragedy professor, Edward, has literally gotten away with murder. Fanning her suspicions, the charismatic Edward has surrounded himself with a brilliant group of female students, in a secret society called “The Maidens,” of which the murdered student is a member.

Beside plot twists you simply don’t see coming and red herrings that abound, what elevates this thriller to the classic and lyrical centers the entwining of the current events with famous stories of Greek mythology and tragedies, Elusian Mysteries, and a poem by Tennyson in remembrance of a dear friend who died young.

Running throughout is the story of the maiden Persephone, kidnapped by the god of the underworld, Hades, and rescued for only six months a year by the Greek gods to placate her heartbroken, distraught g mother, Goddess of the Earth Demeter – thus resulting in the happy Spring and Summer months of mother and daughter reunion, and an earth shut down in grief during Fall and Winter. Prior to being killed, the victim receives a postcard with a quote from a Euripdies tragedy written in ancient Greek alluding to “the gods having decreed your death.”

Adding to the Greek overlay, the novel is partially set in Greece where Mariana grew up on the island of Naxos, the setting of the tragic death of her husband. It’s also the setting of the story of the Minotaur. Theseus, son of King Aegeus of Athens, a youth sent to be sacrificed to the minotaur, gets told the secret of how to vanquish the beast by Ariadne, King Minos’ daughter, on the condition that he help her escape Crete afterwards. Theseus fulfills his promise by taking Ariadne away from Crete, but then abandons her as she sleeps on the beach of the island of Naxos. In The Maidens, Marianna is abandoned by her husband as she too sleeps on the beach. But what stands out in this story is Marianna’s cleverness to ultimately escape her fate and forge a new destiny for herself. Also, Ariadne helps Theseus escape the maze after killing the minotaur by following back along a ball of unspooled red thread he let out on his way in. Keep this in mind when you step back to analyze this novel.

Tennyson’s wrote his poem, In Memoriam A.H.H., as a tribute to his beloved friend Arthur Henry Hallam, who died young at age 22. Tennyson’s long poem was stitched together from snippets of his private grieving. Marianna reads this poem, left beside for her by her friend she’s staying with, and feels it speaks exactly her grieving of her husband, such as this stanza:

I sometimes hold if half a sin
To put in words the grief I feel;
For words, like Nature, half reveal
And half conceal the Soul within.

With a portrait of a young Tennyson deep in thought and private grief hanging in the University, the themes of personal mourning and words as poetic therapy also weave throughout the narrative.

Added to all this are unexpected surprise crossovers to The Patient, Michaelides first book, as the novels take place in the same setting and time, and both focus on psychotherapists who know each other – including Theo, one of the main characters in The Patient and the mental hospital, The Grove.

All in all, your mind is reeling at the ending, at the Tragedy of it all, and of lifetimes of unresolved mourning. 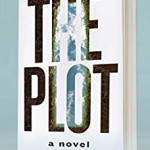 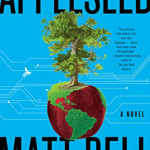 Next article - APPLESEED by Matt Bell »
Tweets by @MomCentral
© All rights reserved 2021 - momcentral.com