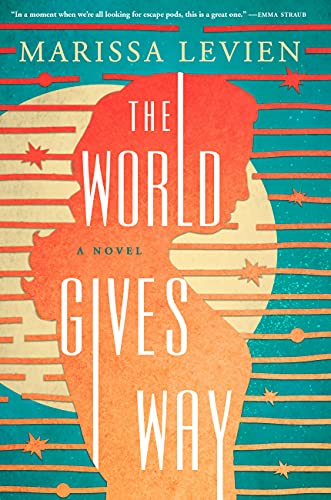 First and foremost, you have to enter knowing that the imaginative, wondrous, highly creative and detailed world of this book’s world truly is giving way- with no hope of survival. What had me feeling morose, gloomy, and contemplative about the meaning of life during the first two thirds of the novel suddenly began to transform as this sci-fi novel hurtles to its conclusion. I emerged still deeply haunted but ultimately with more uplifting emotion and reflection along the lines of “carpe diem” and hope that the act of living life and relationships with others can imbue our existence with meaning regardless of what comes next.

The novel opens with Myrra, a 25-year-old indentured servant on a gigantic spaceship the size of Switzerland, which is about half along in its century long trip to Telos, a habitable planet for humanity, escaping a troubled Earth. Everyone aboard fits in two stark castes: the ultra-wealthy who have paid extravagantly to secure a place on board: the fictional equivalent of joining Jeff Bezos on his inaugural space rocket launch. The other group: people who entered indentured servitude to pay for their place on the ship, with this 200-year indentured status continuing to all their descendants during the voyage until landing at the destination planet. Myrra’s grandmother signed on as an indentured servant, and Myrra faces staying in demeaning and exhausting servitude until she’s elderly.

After sweating in oppressive factory and laundress roles, Myrra’s contract gets bought by an uber-wealthy couple, the Carlyles, to become their nanny for infant Charlotte. Living in a tiny basement room, the Carlyles remain oblivious to do Myrra, offering up no generosity or kindness to her drab, thankless existence. The only highlight of her life: bonding with baby Charlotte, who gets ignored by her busy and distracted parents. As the book opens, both Carlyle’s commit suicide having learned that there’s an irrevocable breach in the hull of the spaceship, and it’s only a matter of short time before the entire ship will tear apart.

Taking Charlotte and some of the couple’s cash, Myrra goes on the run throughout elaborate cities on the ship, while being chased as a contract-breaker and potential killer by the cops, including a new officer, Tobias, her age who’s trying to build his reputation.

As the escape and chase ensue and earthquakes start to reck havoc on the world, you’re drawn into a constant reckoning of what life as a transient speck in the Cosmos means. 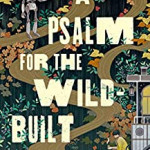 - Previous article « A PSALM FOR THE WILD-BUILT by Becky Chambers 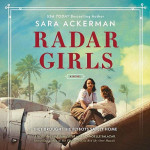