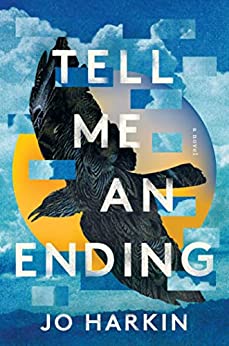 TELL ME AN ENDING by Jo Harkin

If you could painlessly wipe out your worst memory, would you do it? What do you think would happen if you did?

This speculative near-future novel has been carefully crafted to serve up a piercing, gripping, thought provoking look at what would happen if technology developed to the point to be able to wipe out a person’s specific memory of an event. The novel circles around the central question of how do painful memories impact our personalities, our happiness, our sense of self, as well as the unfolding choices we make for the rest our lives. And it turns out there’s no singular answer.

The tech company Nepenthe has developed a chemical memory erasure technique. Like all science, the trials start out messy with realizations of just how memories intricately link together, and that wiping out one painful memory can impinge on many more.

Once refined, Nepenthe opened multiple clinics throughout England, which are pricey and discreet to protect the identities of its clients. There are also multiple levels of secrecy and deception for those who do not want other to know what memory has been wiped out, and the self-deception of those who opt to have their own memory of the memory wipe erased as well. This latter choice comes along with accountants, bankers, and lawyers to cover up that the procedure ever took place, leaving no financial trace and rock-solid NDAs in place.

All’s going well, or seems to be, until people who have had the procedure start reporting “memory traces” where the erased memory starts to regenerate. Protests and a class action lawsuit ensue, with the outcome being that those who want their memory restored can have it done and even those who had opted to wipe the memory of having had the procedure get notified that they indeed had a memory wipe and the right to have it restored. Mayhem ensues as no clients know what memory they had erased.

To circle all ethical dimensions of this, the novel sweeps us in and out of the lives of four people who have had memory wipes, as well as Nora and her boss Louise on the professional psychology staff. Among the four client plots we follow, there’s not a deep dive into character development but a variety of situations to ponder, including the erasure of a memory of a police officer involving shame and guilt over an action, by guardians of a troubled youth who want to eradicate childhood memories of both parents dying in a car crash, by a girl erasing her memory of a failed love affair, and a Mom who’s not sure what she’s erased but that it’s revelation may damage her marriage.

Ultimately the novel’s provocative philosophy overrides any of the intersecting plotlines, but I found myself okay with that as I fell deep into thought about the moral ambiguity and unpredictable outcomes of deploying a memory erasure.

In our current age we see this all the time: where our rapid tech developments have outstripped considerations of ethics and morality about deploying new tech. Just because we can do something thanks to advanced tech, does it mean we should?

Thanks to Scribner and NetGalley for an advanced reader’s copy. 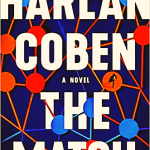 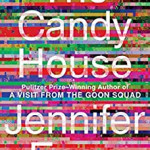 Next article - THE CANDY HOUSE by Jennifer Egan »
Tweets by @MomCentral
© All rights reserved 2022 - momcentral.com